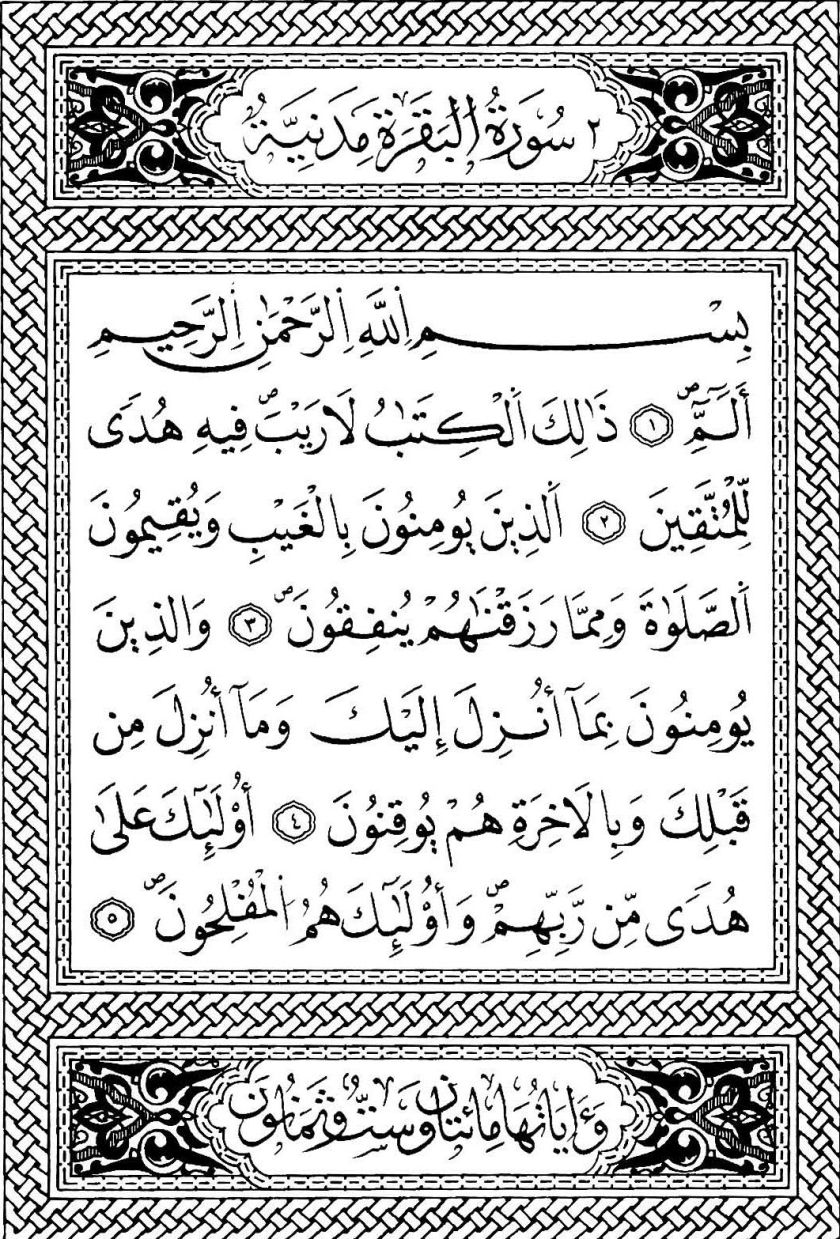 Allah, subhanahu wa ta’ala, ties Iman (trust) and ‘Aml (work) together throughout the blessed and noble Book, but ‘Aml, is always qualified by the word ‘Salih’. These two words are completely unambiguous, ‘Aml being action or work and Salih meaning good, incorrupt, honest, virtuous, sound and in good order. Iman and ‘Amilu Salihat translate directly into the two pillars of Salah and Zakah as the foundation of the life of the Muslim and from them all good proceeds. It is as if, without this manifestation, the spring of life remains hidden within the mountain and does not burst forth and flow with its life-giving nourishment. This bi-directional existence of the Muslim, one exclusively to his Lord, the other to his fellow man marks him out among the generality and he becomes a locus of sincerity, worshipping his Master because it is His due and working for his nation because it is their due.

The word ‘Aml is very important to the followers of Imam Malik, in particular but not exclusively, as his supreme effort was to record and demonstrate the ‘behaviour’ of the people that lived in Madinah from the time of the Prophet, sallallahu ‘alayhi wa sallim, until his own time. This is important to grasp as we are not a people of concept or ideology, that is, Islam has no concepts and is not an ideology; it is a way of behaviour, a way of doing things. We do not act from ideas or values; that is we do not extrapolate or extract values from actions, we act in the same manner that those acted originally, because they put into practice what the Messenger demonstrated of the Book of Allah. Nobody will understand in the way they understood; there is no progression from that best of communities, we can only emulate and copy to the best of our ability and at the same time take that profound understanding as our blueprint for what succeeding generations encounter of novelty.

As a coin has two sides, so knowledge and action are one coin, separable only by direction, one the reality of the other. At this point let us make it clear that knowledge is not information, as is the common coin today, it is the application of knowledge through action that we are talking about, thereby bringing balance and wholesomeness into being. Information leads to the world being run by algorithms from outdated Randian brains devoid of human consideration, whereas knowledge is governed by concern for others and the maintenance of what has proved beneficial to society. This is what Allah, subhanahu wa ta’ala, refers to in the Qur’an as ‘Ma’ruf’, which can be characterised by what is commonly known by most members of a society as what is good for it, indeed Allah commands man to it as well as commanding man to command others to it. This is the understanding of man as ‘Khalifah’, the ‘one who stands in place of the absent’. Allah in His wisdom and power has hidden Himself and ordered man to represent Him in the world. Man turns to Him in the unseen in Salah and brings back with him from that presence concern and action relating to others in the seen, emulating the Prophet’s Mi’raj and return.

All men necessarily engage in ‘aml, action, but Allah specifies ‘aml that are salih, action that is ma’ruf, that maintains the good and soundness of a community. Coupled with the command to the ma’ruf is the command to forbid the ‘Munkar’, the opposite that damages the wholesomeness of a society. In a single day during the riots in the U.K. recently both these actions were evident, whatever may be said about these events, many destroyed property, livelihoods and some even took lives, while others rushed to protect the same. Observed were the deceitful theft from a young Malaysian and the nobility of a mourning father whose son was killed protecting his property, revealing a hope of good amid the utterly despicable politicians and abandoned, rudderless youth that abound today.

Command the good and forbid the bad is the job of today’s Muslim, not just to other Muslims but to everybody. There is an innate understanding within us all of what this means, which needs to be clarified and given direction, because the majority of those who call themselves mawlanas or ‘ulama have betrayed our young people in favour of worldly gain, following in the footsteps of the priests and rabbis. As I have said before, those who do not speak out against Islamic banking and its offshoots are to be shunned and must be considered the enemies of Islam. The certificates of Dar al-Uloom and Islamic universities must be discounted as we discount paper money; it is the man and his knowledge that matters and you must find those men and place your trust. We do not need certification; this is not ijaza; an institution is not an isnad, indeed we must distrust the paper and look to the man and his actions and they are there for the sincere. If you are alone with your knowledge then it is only information because knowledge seeks its like as a protection against the shayateen. Allah is with the jama’ah, it is His sunnah and that of His Rasul, sallallahu alayhi wa sallim.

You must seek the company of the sincere, as Allah, subhanahu wa ta’ala, says, “Be with the Sadiqun”. This medium of the internet is a false god, it is what you do that matters, and what you do must be informed by being with the sadiqun. These are the people who speak the truth, whatever is happening; they are not swayed or confused by the myriad words and pictures that flood the senses on a daily basis, they go to and come from the Qur’an and bring that light into their actions and words. They are everywhere and are easily found by genuine desire for knowledge and truth.

Allah has given each of us a life, which is a debt to be repaid, this is the meaning of ‘Deen’; how you spend what He has given you. You alone are responsible for it, you cannot follow blindly, you must satisfy your own intellect and heart that you are doing the right thing. It cannot ‘seem to be right’ or ‘seen as right’, it will have to stand up to Allah’s scrutiny on the Last Day, this is why the sadiqun and salihun are critical for us, they act as a mirror for us in which we can see our faults that need addressing, because that is the power that Allah has given you, the ability to put yourself right, one who holds to the ma’ruf and avoids the munkar, thereby becoming a mirror in turn for others to follow your example, as the Rasul indicated as the relation between the Mumineen.

What is seen is your outward, your behaviour and bearing and it will undoubtedly reflect the Taqwa of your heart or lack of it. We begin by copying the Rasulullah until our hearts are moved by Iman and we continue until the inward becomes the outward through Ihsan and our forms are Da’wa confirmed by our words when necessary.

The burgeoning realisation of the evil of usury and the need for equity in exchange in our time came from among the sadiqun, particularly Shaykh Dr. Abdalqadir as-Sufi, over forty years ago, while the ‘ulama scoffed in their ignorance and it is thanks to him that Kelantan state in Malaysia is able to execute the correct payment of obligatory Zakah. This is ‘aml. The Rasul said, ‘ad-Deen al-Mu’amalah’, ‘the Deen is transaction’. All Muslims will strive to establish Salah, but it is the Sadiqun who realise there is no Salah without Zakah and its efflorescence of the Mu’amalat. It is the mu’amalat that need putting back into place, firmly based upon correct Zakah, that means men and women should transact in the market place according to the forgotten ma’ruf of correct trading with real money and leave the munkar of the corrupt financial system of banks, companies and limited liabilities, they will not be there much longer anyway. We need to move gold and silver into the market place, that is when things will change, this current hoarding of gold is not it; having gold coins is meaningless unless they buy things regardless of electronic values. This means creating new societies with real leadership firmly grounded in turning to the Real and obeying His commands.